‘What a great party’

Grace Kennedy organised and hosted an exclusive launch party for Gary Anderson of Savile Row ‘Tailor to the Stars’ which was featured in the December 2011 edition of OK! Magazine.

The party was to celebrate Yas Yousaf the new head of Creative Design at Gary Anderson and to introduce Gary Anderson’s new collection of stylish suits, jackets, coats and shirts made from the finest cloth and men’s accessories all styled with the classic elegance of Savile Row.

Celebrity guests on the red carpet included Darius Campbell currently starring in Chicago before moving to star in the Broadway production, Lee Latchford Jones and his fiancé Kerry Lucy Taylor –  Lee is currently enjoying success with STEPS UK No 1 album and their sold out UK 2012 tour. 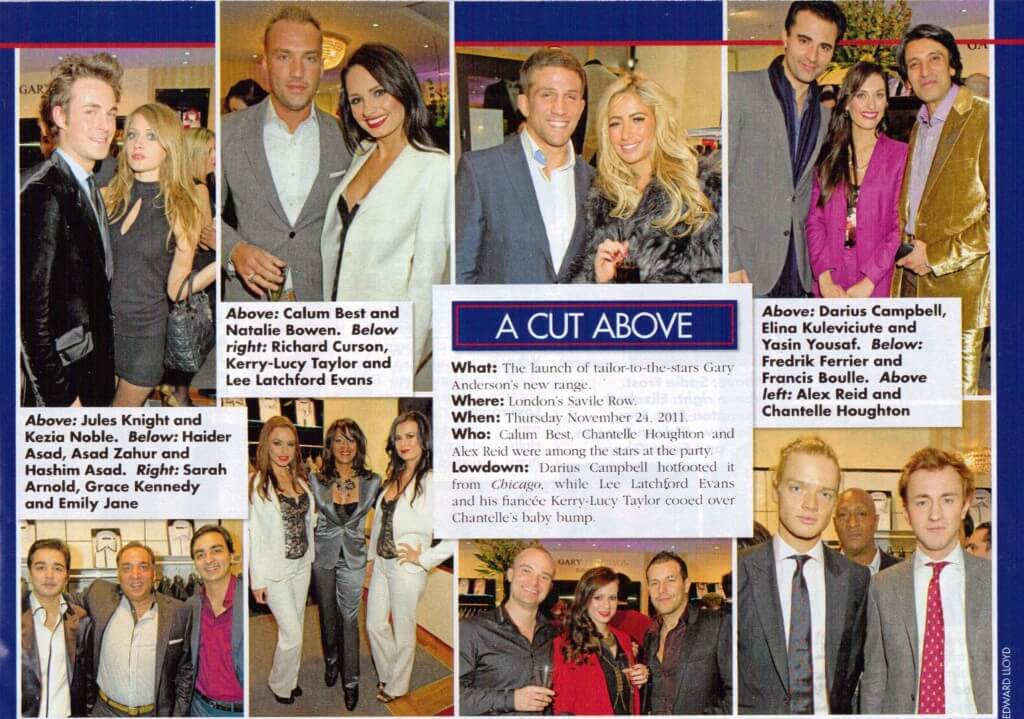 Other guests included Alex Reid and Chantelle Houghton, Frederick Ferrier and Francis Boulle from Made in Chelsea, Calum Best, Jules Knight from Blake and Errol Kennedy from Imagination.

Gary Anderson on Savile Row was lit up like the Oscars as 200 guests arrived on the red carpet. Guests were entertained by a hot string quartet

whilst being served with Moet Chandon and luxury canapés. Bentley sponsored the event.

Everyone commented ‘What a great party’.

The event is featured in OK magazine Issue 807.

Grace Treads The Red Carpet with other Celebrities at Film Premiere