Following the great success of the GARY ANDERSON launch in November, GRACE KENNEDY received a call from JERMAINE JACKSON requesting two Gary Anderson suits to wear for his performance at the Noble Gift Gala.   The event, held at the luxurious Dorchester Hotel, was a glittering evening of stars and celebrities to raise funds for The Eva Longoria Fund, the Seven Bar Foundation and The Great Initiative. 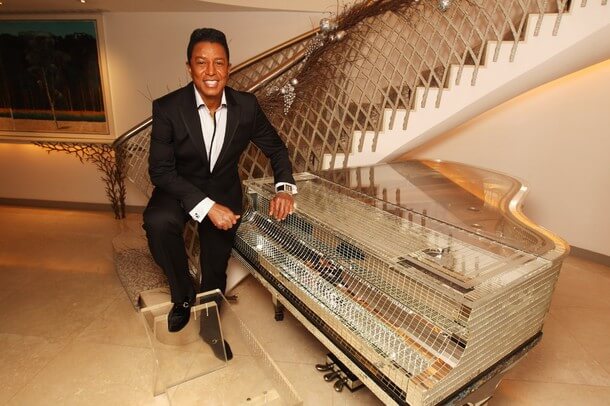 LONDON, ENGLAND – DECEMBER 12: Jermaine Jackson poses for a portrait after getting fitted for a suit by Saville Row tailor Gary Anderson at The Dorchester Hotel on December 12, 2011 in London, United Kingdom. (Photo by Dave J Hogan/Getty Images)

Hosted by EVA LONGORIA herself and HRH PRINCE AZIM OF BRUNEI the evening was a tribute to those who, through their philanthropic and charitable activities, strive to improve the lives of vulnerable women and children throughout the world.

GRACE KENNEDY and YAS YOUSAF attended The Gala and were delighted to see Jermaine Jackson performing some of his best known hits whilst wearing the exclusive Gary Anderson suits.  Grace Kennedy said afterwards,

“We were absolutely thrilled to be asked by Jermaine Jackson to supply the suits for his performance.  The Gary Anderson brand is synonymous with quality and impeccable style, so it was a befitting choice for a unique talent like Jermaine.”

After a sumptuous dinner and live auction, the Noble Gift Humanitarian Award was presented to MARIAH CAREY in recognition of her continuous and unwavering support for children in need.  Through concerts, appearances and donations, she has raised millions of dollars for children’s charities including the Make-A-Wish Foundation, The Fresh Air Fund and The National Adoption Centre. 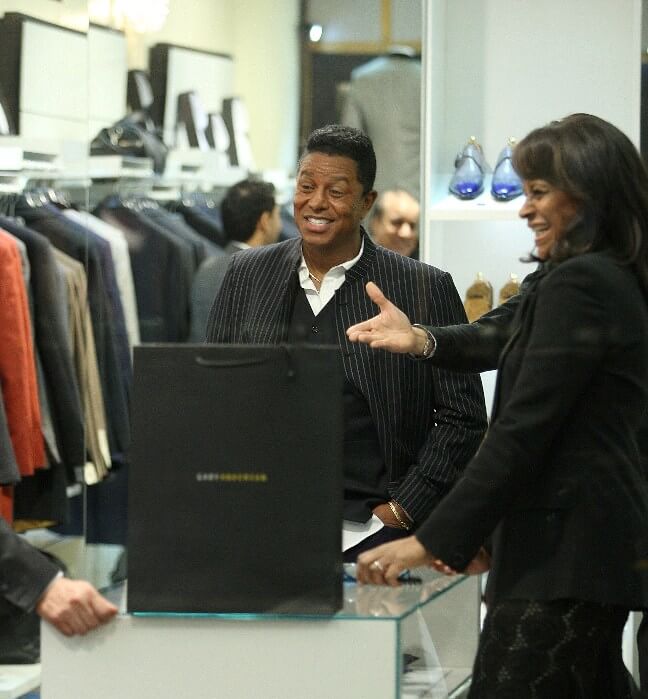 Leona Lewis then finished off the evening with an absolutely breathtaking performance of her hits.

At £15,000 per table, the Gala evening raised hundreds of thousands of pounds which will provide invaluable support and opportunities for disadvantaged children and the empowerment of women worldwide.